Earlier this year, we looked at the Hong Kong government’s ambitious plans for the development of the northern New Territories into the Northern Metropolis. The plan was recently reiterated during the Policy Address by HK Chief Secretary John Lee. This envisages expansion of three existing towns, construction of a new town and four New Development Areas (NDA), into an International Innovation and Technology Hub in close collaboration with Shenzhen immediately to the North, supported by an extensive rail network. Aside from rail, the development will also require significant expansion of the road network to ensure connectivity with the existing metropolitan areas.

To this end, on 24 September 2021, Highways Department (HyD) signed a 54 month consultancy agreement with Ove Arup and Partners Hong Kong Ltd (OAP) to undertake a detailed design study for the Yuen Long to Lantau Island Section of Route 11.

Route 11 is a resurrection of the Yuen Long to Lantau Island Section of Route 10 which was shelved in 2001 following objections from residents and lawmakers. At the time, the justification for putting the scheme on hold was that the existing routes would have sufficient capacity until at least 2010.

Almost two decades on, key transit points in and out of the Northern New Territories such as Tuen Mun Road and the Tin Kau Bridge show increasing signs of rush hour congestion which will only be exacerbated by the ongoing development of the Northern Metropolis. Route 11 aims to address this congestion whilst also catering for the transportation needs associated with the Government’s Northern Metropolis plans.

The road links between the Kowloon urban areas and the Northern Territories currently comprise (Figure 1): 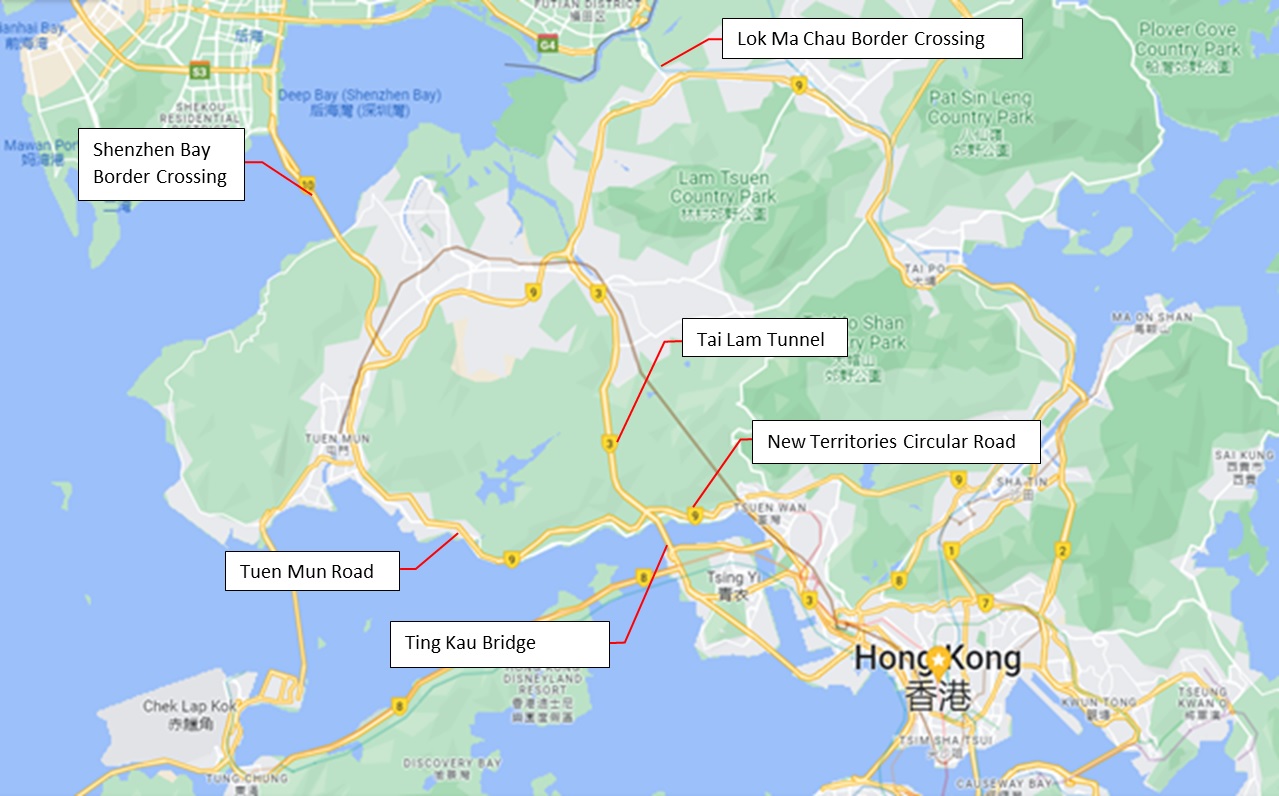 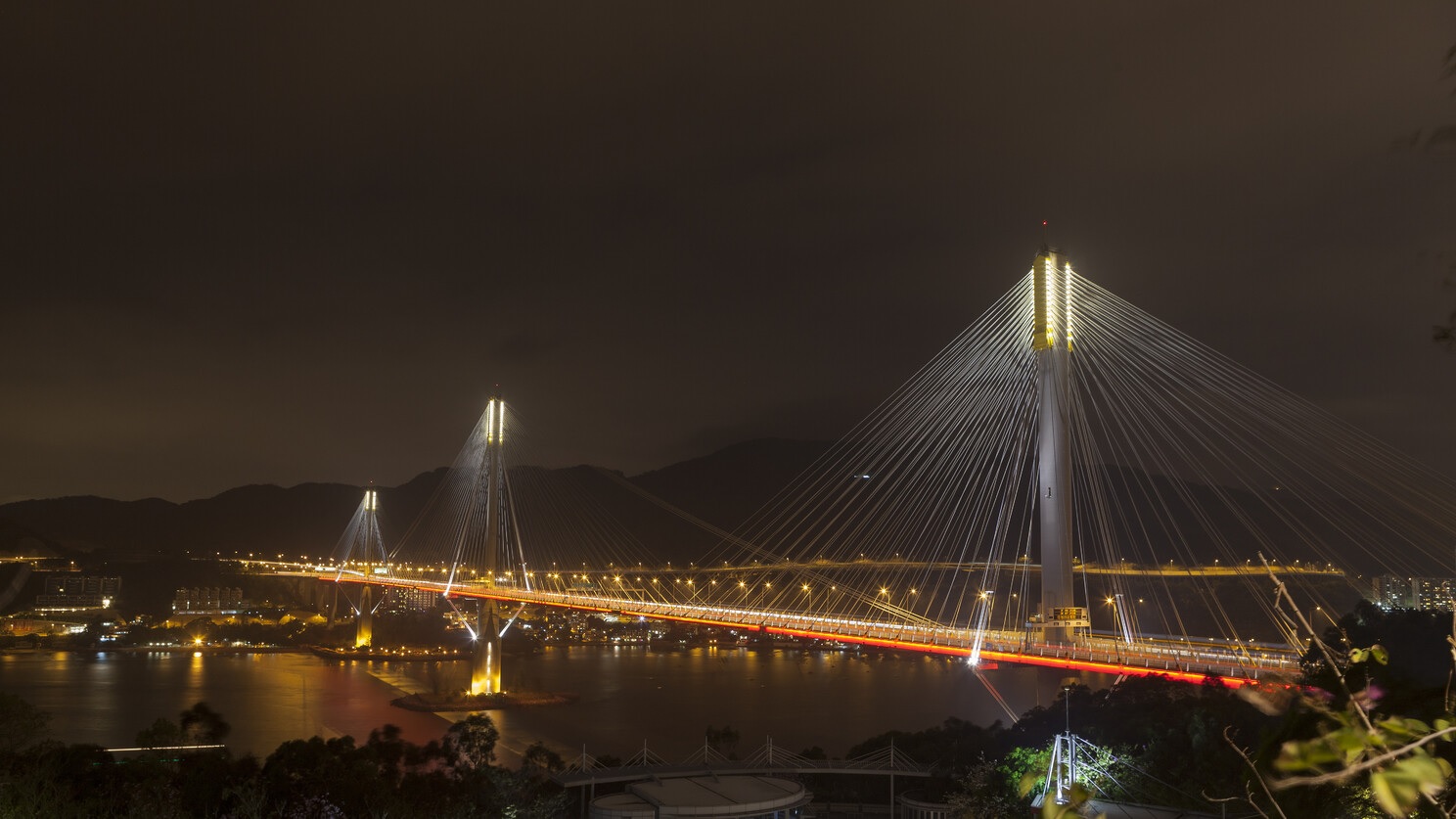 These routes are prone to traffic problems due to the already dense population in these New Towns. The traffic coming from the urban areas through both routes is funneled through the same Tin Kau Bridge/Tai Lam tunnel interchange. This is compounded by most of the Heavy Good Vehicle (HGV) traffic to the border crossings avoiding the Tai Lam tunnel toll by taking a detour through Tuen Mun along the toll-free Route 9.

The road links between the Lantau and the Northern Territories are shown in Figure 3 and currently comprise: 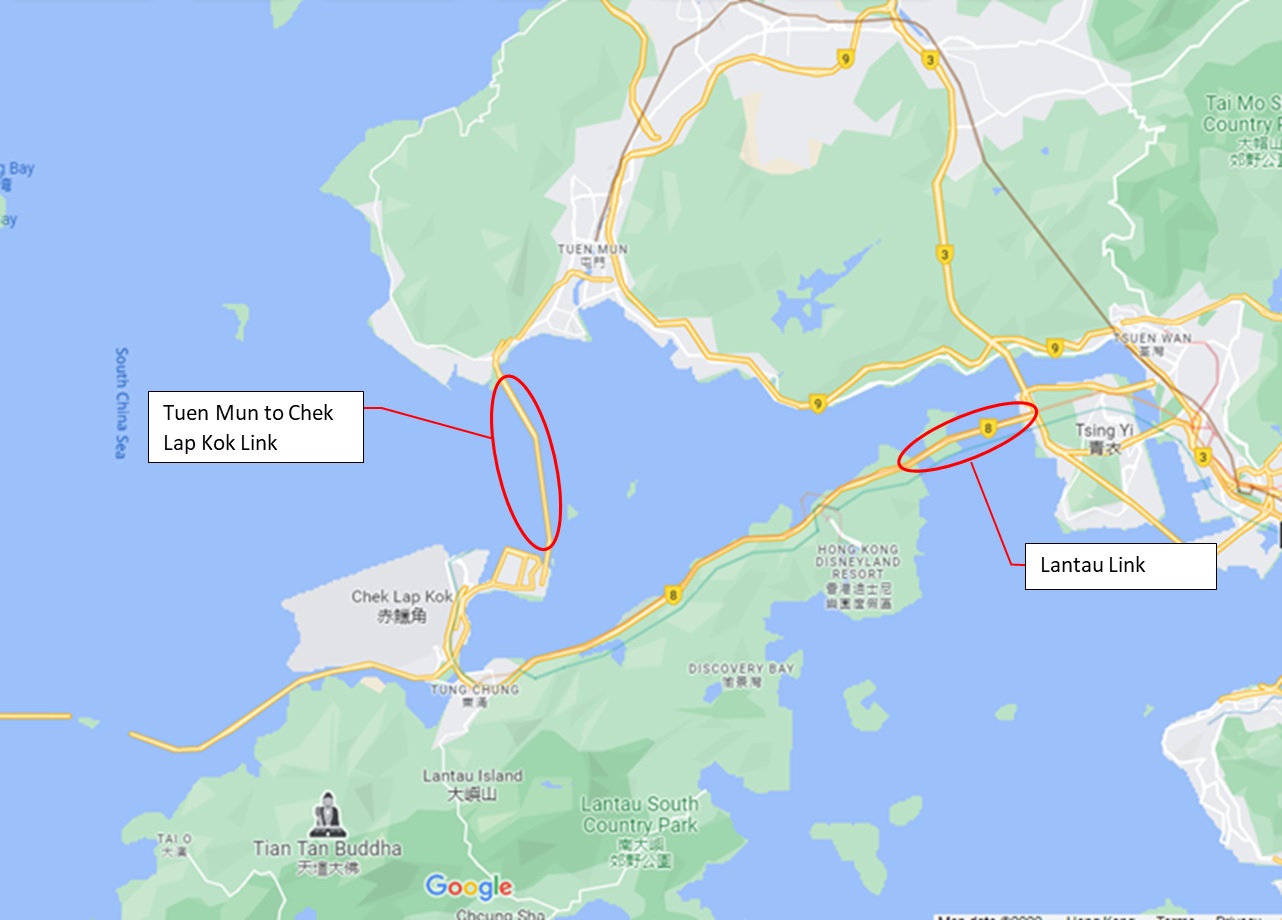 In the late 1990s, the Government implemented the design of Route 10 which included the Shenzhen Bay border crossing to Mainland China near Lau Fau Shan. The Southern part of Route 10 also originally included two sections which would have connected Yuen Long to Lantau Island (Figure 4). These two sections were not constructed as they faced significant opposition from residents, stakeholders such as the operator of the Tai Lam tunnel and lawmakers. 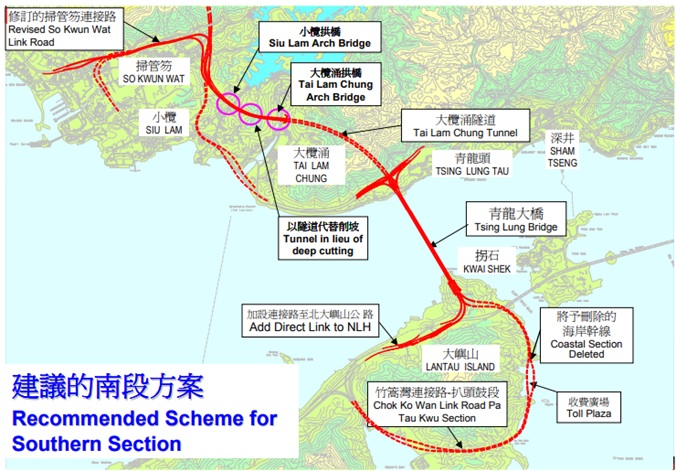 The Government crystallization of its Hong Kong 2030+ concept into the ‘Northern Metropolis’ will drive both an increase in much needed housing capacity and in business and technological development. In particular, this includes two areas in the Northwestern New Territories, the Hung Shui Kiu /Ha Tsuen New Development Area and the Yuen Long South Development.

In order to do this, the Government has revived and adapted the 2001 Yuen Long to Lantau Island road link scheme to suit the current needs (now renamed Route 11).

The main features of Route 11 are shown in Figure 5 are as follows: 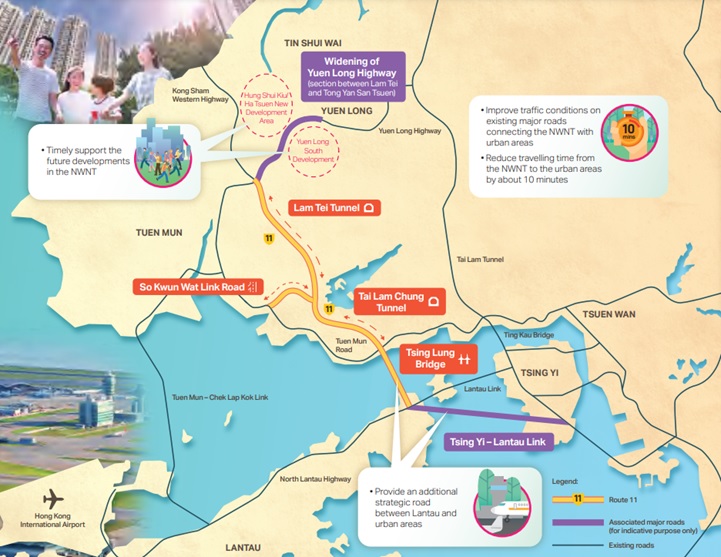 The Government expects Route 11 to reduce the travel time from the Northwest New Territories to the urban areas by about 10 minutes and provide route redundancy to the Airport and these same urban areas.

At this stage, Route 11 only extends to the Lantau Island. However, a further connection, referred to as the “Tsing Yi- Lantau Link”, is necessary to take the traffic from Lantau across to Tsing Yi feeding into the existing urban road network near Stonecutter’s Bridge. 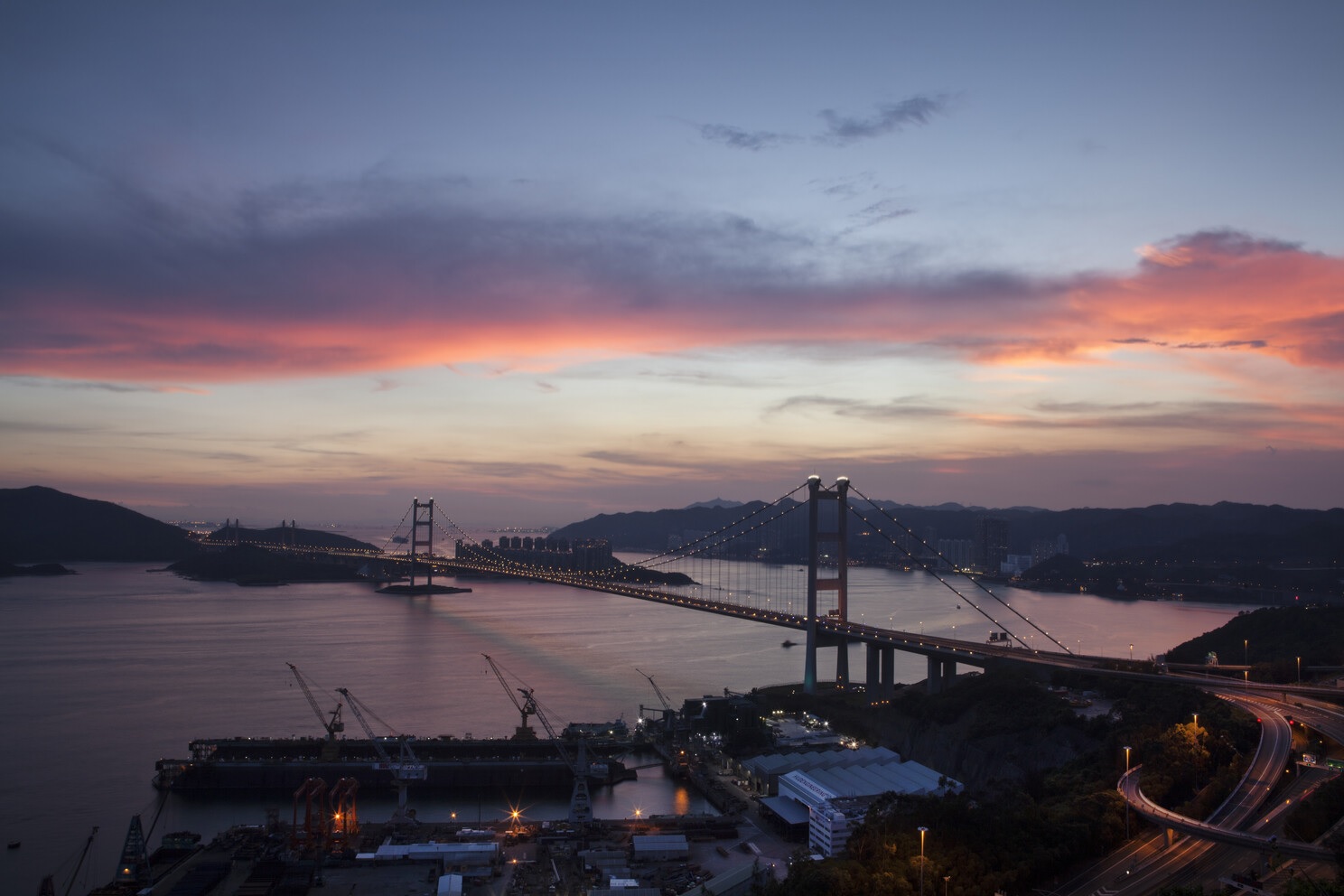 There are no details as to the nature of this new link but it would appear that a long span suspension bridge would likely be the solution (Figure 6). It is currently unclear how the design and the construction of such a structure would fit into the Government’s timetable for commissioning Route 11 by no later than 2036. The recent policy address states that the government would “expedite the implementation of a number of road infrastructure projects under planning, including Route 11, Tsing Yi-Lantau Link and Tuen Mun Bypass…”

The Government considers that Route 11 will enhance the road infrastructure of the Northwestern New Territories and meet its medium to long term development plans. The challenge will be to facilitate the delivery of these new road plans to suit the ongoing development of the Northern Metropolis against a backdrop of massive infrastructure development without further over-saturating the existing network.

Contract Dispute Consultants is Hong Kong’s leading construction claims and disputes consultancy assisting clients on the most complex construction projects around the world. Recent assignments include identification of technical claims for a joint venture contractor on a major bridge project in North America; preparation of design claims for a light rail PPP project in Canada; and advising, preparing for and managing mediation proceedings for a contractor on an airport terminal building in Hong Kong. 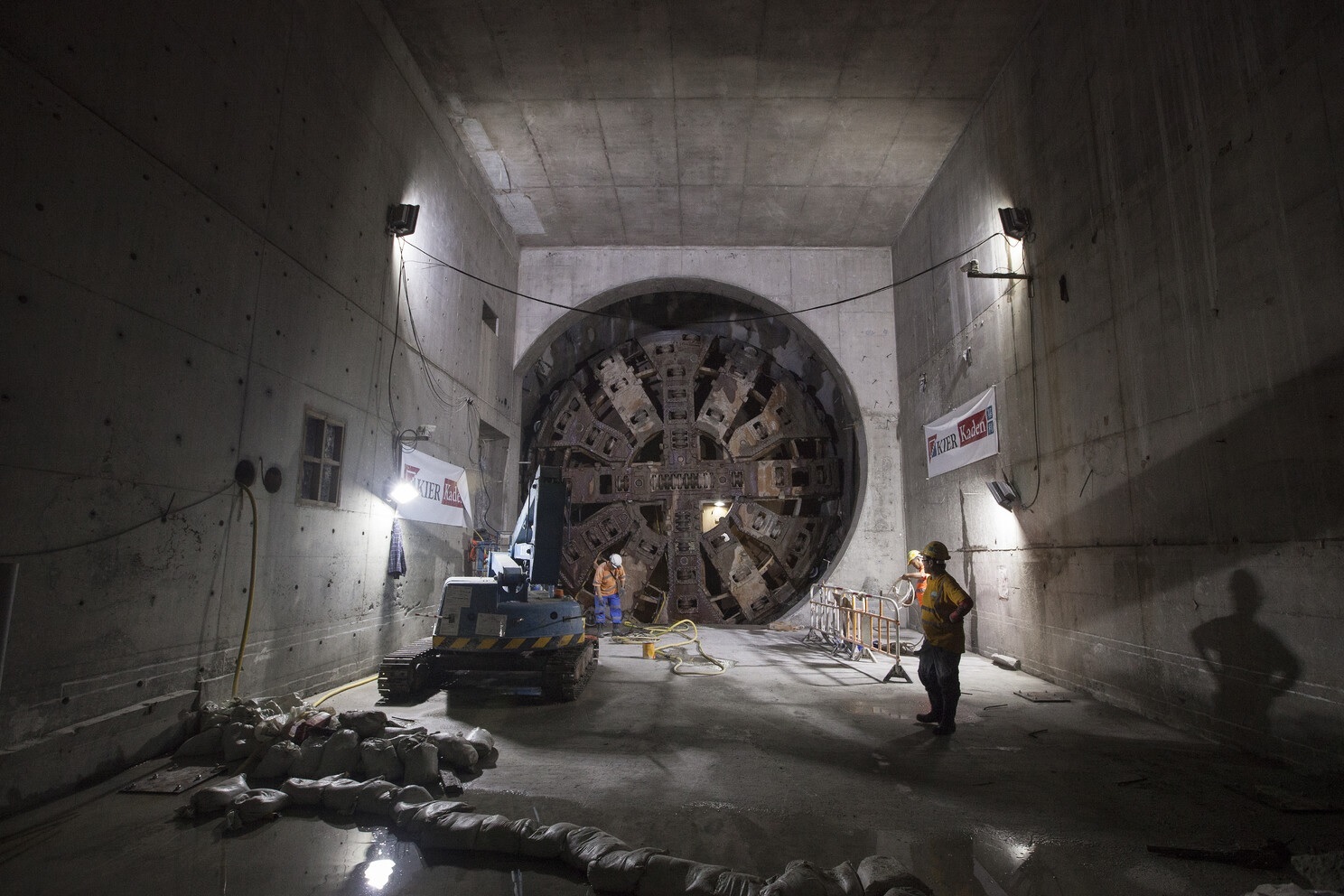