One of Hong Kong’s most high profile construction projects is approaching completion according to government sources.

The Highway Department has revealed that the Hong Kong section of the Hong Kong-Zhuhai-Macau bridge project – which will link the island to Macau and Zhuhai – will be finished this year.

Contract Dispute have been actively involved in various aspects of the bridge’s construction, since it began in 2009.

The project update came as the department confirmed that three sections of the ‘Hong Kong link road’ – a critical 12km highway that will form the route to the new bridge – would be fully connected by the end of April. The highway consists of a mixture of road, viaduct (9.4km) and underground tunnel and will also connect with Chek Lap Kok before reaching mainland waters. 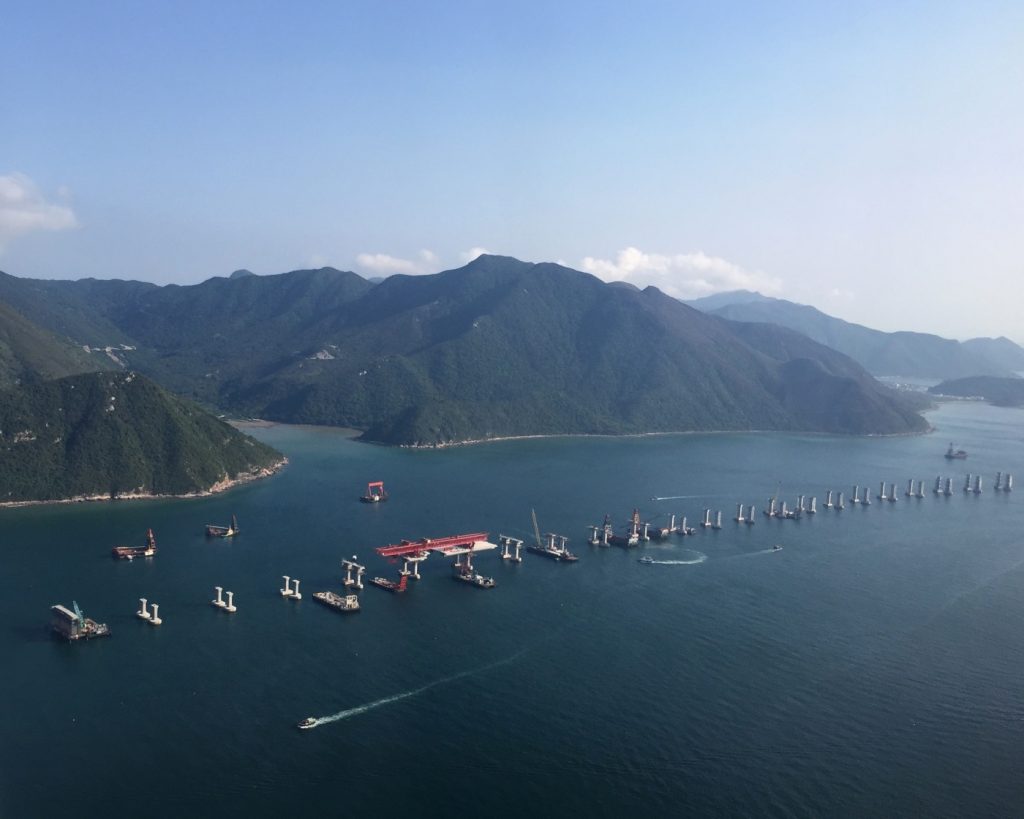 Hong Kong Link Road under construction near Tai O in 2015

The bridge’s total length is 50km and it is hoped that the opening up fresh land transport links between the east and west banks of the Pearl River Delta will stimulate and grow regional economies while re-energising the flow of labour and capital between the areas.

The joining up of the three stretches of the link road is seen as a significant milestone for the so called ‘mega-bridge’. The cost of the Hong Kong segment of the project is over HK$110 billion. Some of the contracts awarded for the bridge construction are among some of the largest projects ever awarded in the region.